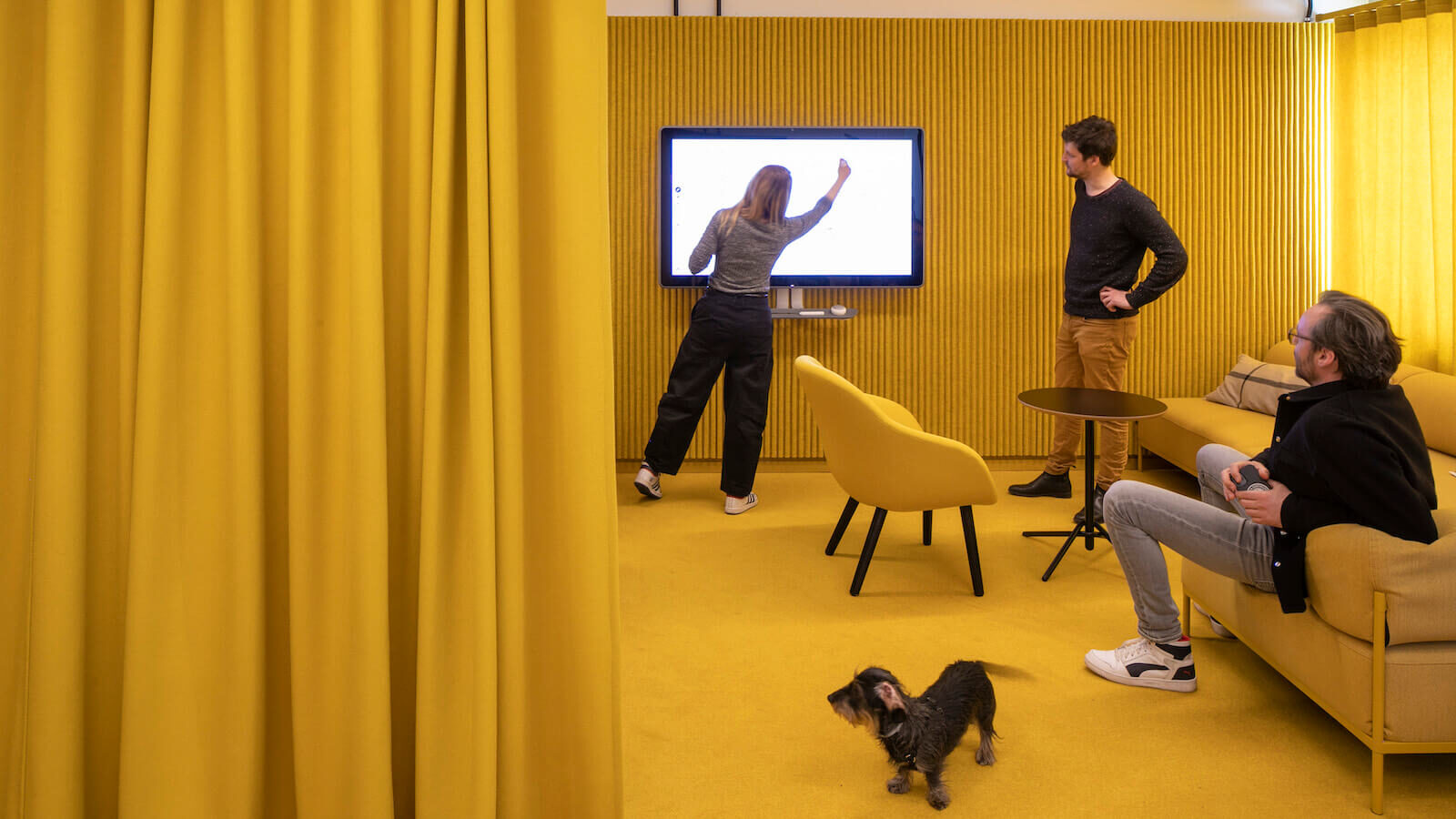 MVRDV carves out a set of sociable, plant-filled spaces to reimagine Shopify’s office.

Shopify has had an eventful couple of years. From the explosive growth of online retail and remote work during the COVID-19 pandemic to the more recent global economic uncertainty that’s unsettled tech companies — and spurred layoffs — around the world, the Canadian e-commerce giant epitomizes the fast-changing nature of today’s workplaces. And in Berlin, the company’s newly renovated office is a reflection of a fluid, dynamic business culture. 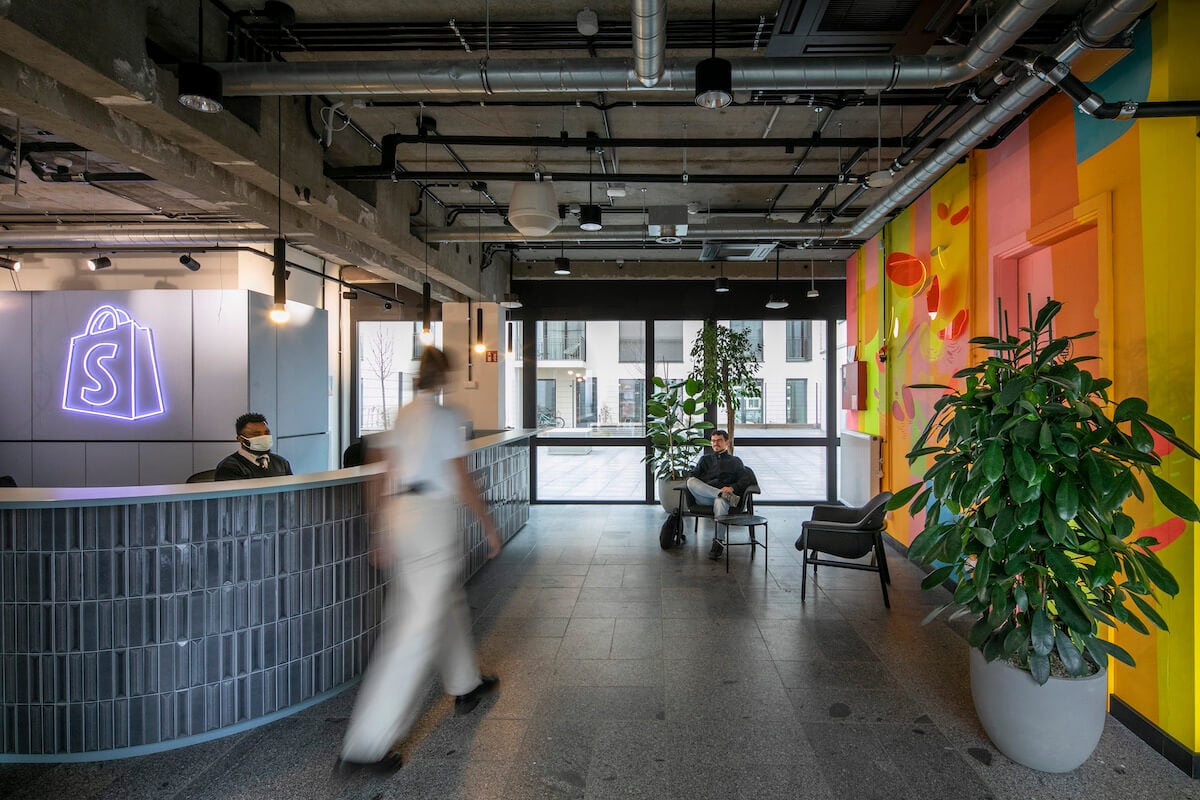 It started in what already feels like a different time. At the onset of the pandemic, a renovation of he Ottawa-based company’s office in the German capital’s central Berlin-Mitte district was already well underway. Then, as offices emptied out and lockdowns began, Shopify began to drastically rethink both its work culture and its space: Enter MVRDV. 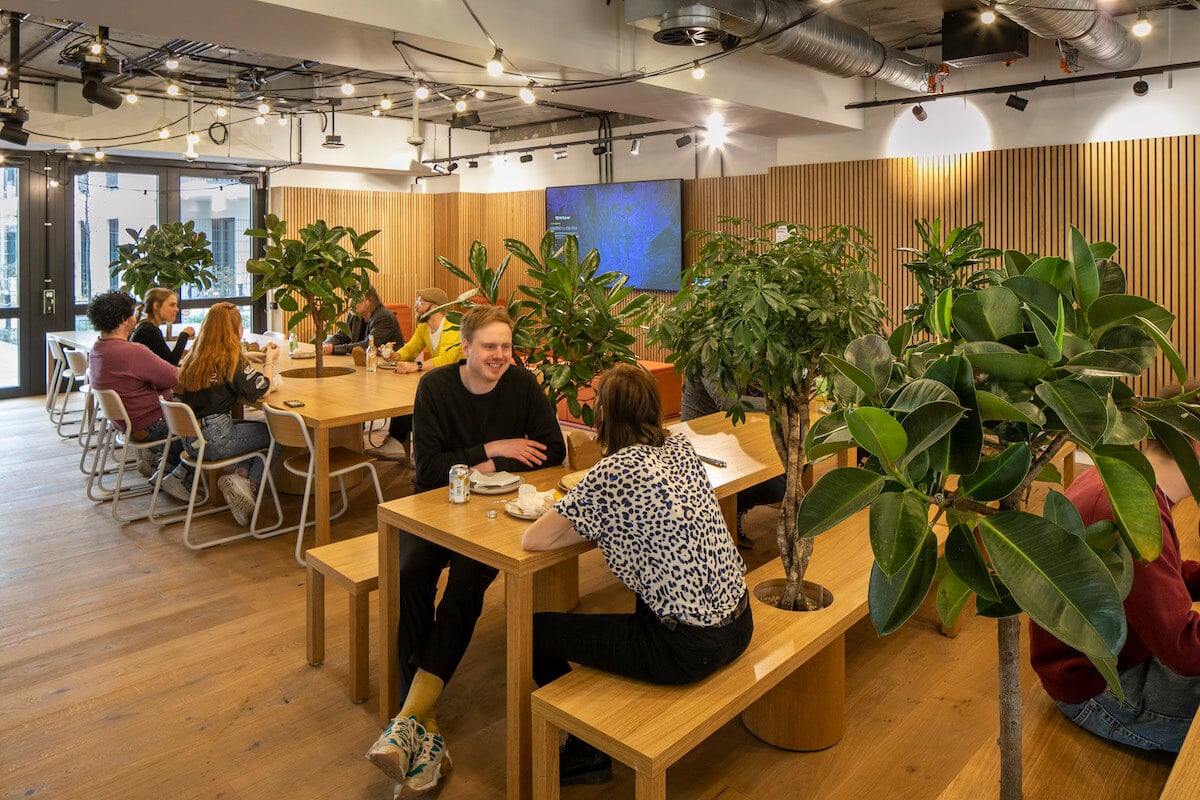 The Rotterdam-based designers took on some 1,000 square metres of space within the larger Shopify office, transforming primarily the ground floor and basement, as well as key social spaces on the sixth level. Throughout, the designers infused the sociable ambiance of a co-working space into a corporate office. Designed as a convivial contrast to the home workspace, the bright, energetic intervention emphasizes communal, hospitality-inspired spaces. 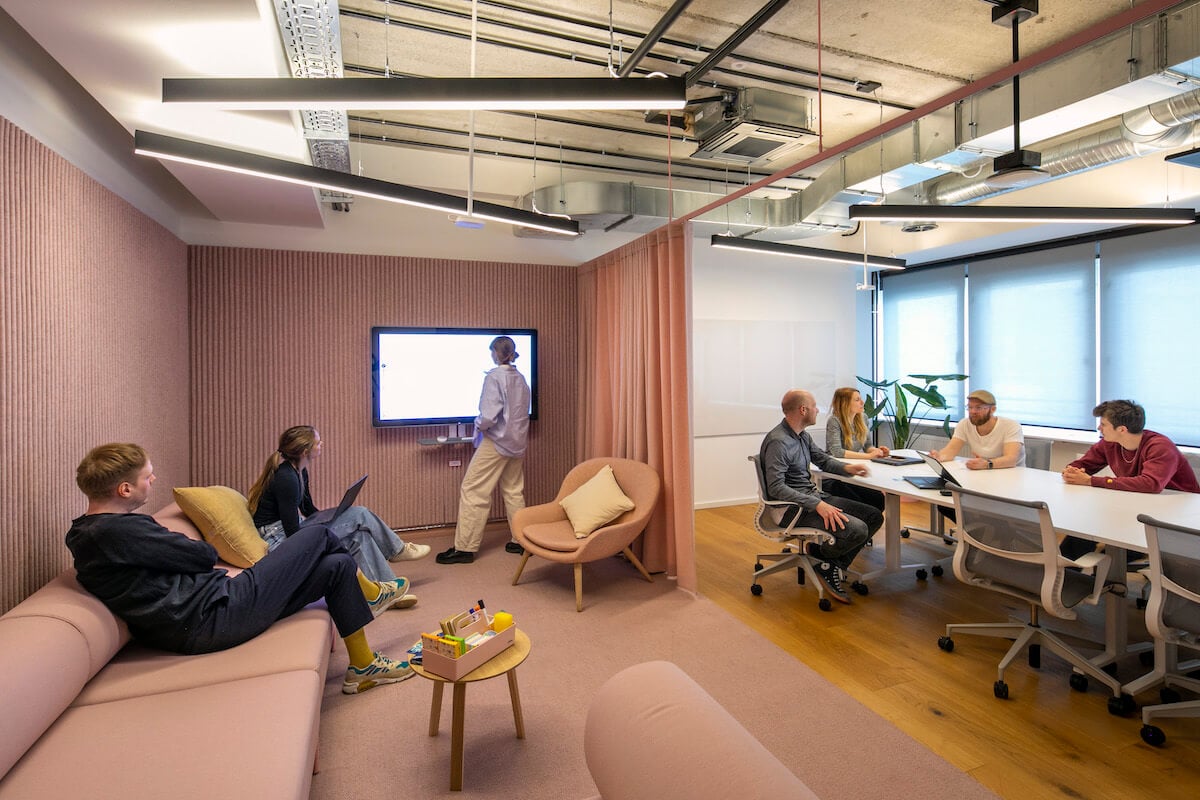 Led by partner Fokke Moerel, MVRDV’s design comprises a trio of flexible meeting spaces, along with a series of what the firm described as “experience rooms,” which can host larger events as well as everyday workspaces. Solid colours and ample plant life anchor the new spaces, with the vivid, flowing curtains that enclose the meeting rooms — or create open areas — serving up a sinuous visual accent. 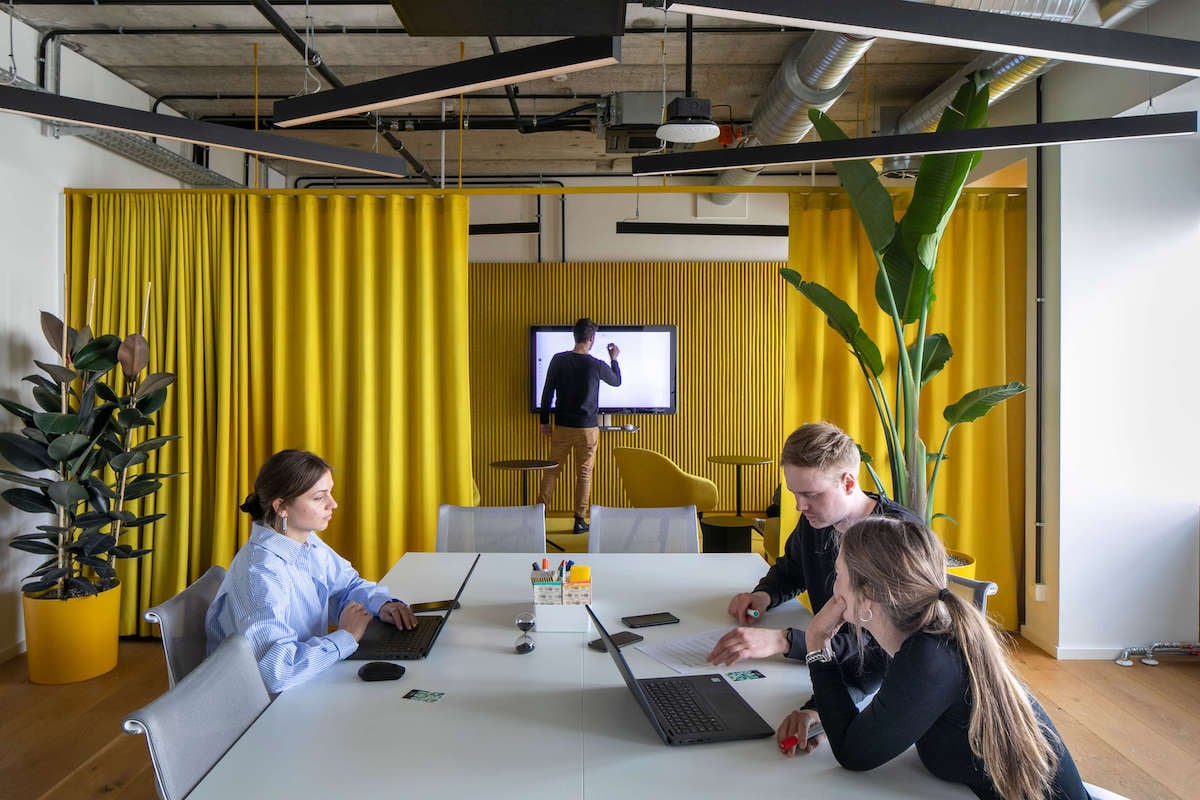 Throughout, subtle nods to Berlin’s cityscape (like the reception desk’s blue-green “metro tiles” and wall art) and culture (the moody, nightclub-inspired basement) connect the space to its local context. 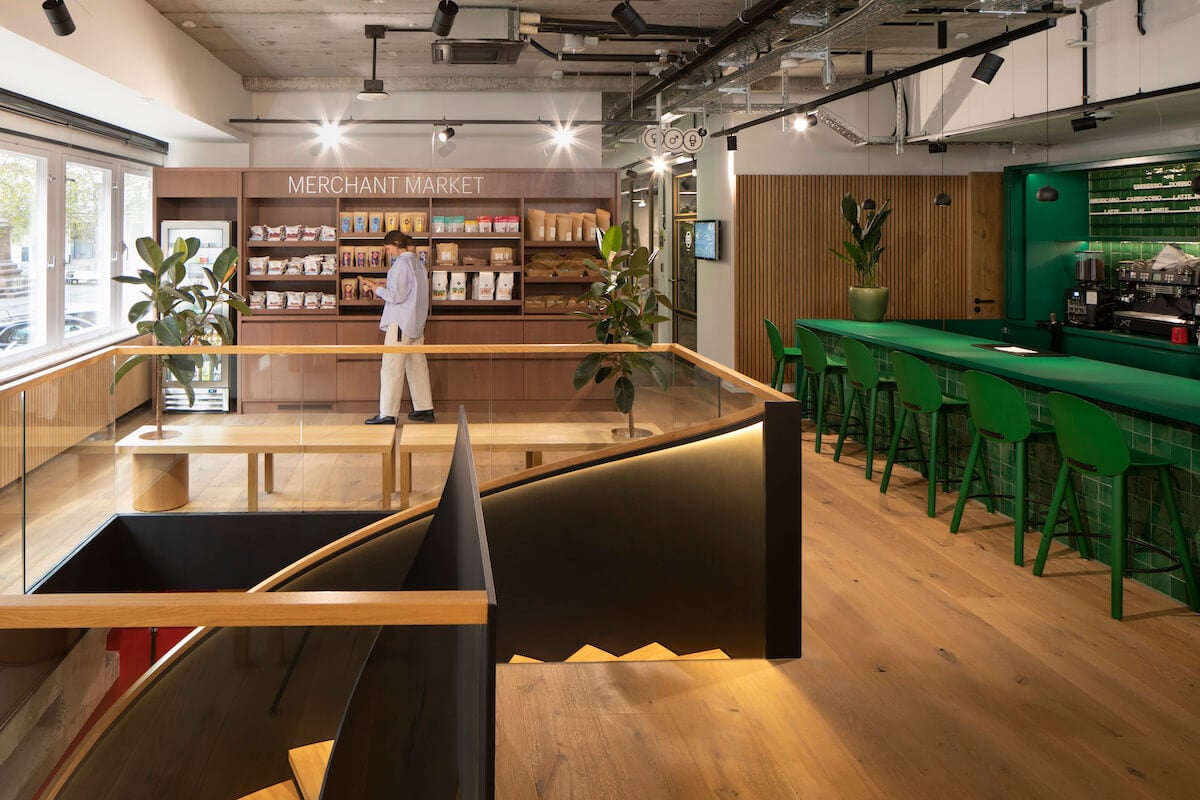 While MVRDV’s interventions created bold new environments, the relatively pared down design made the most of the pre-pandemic Shopify renovation that was already partly finished before the project began. From the wall and floor finishes to the lighting program — which was maintained in its entirety from the older renovation, the designers sought to re-use existing elements. 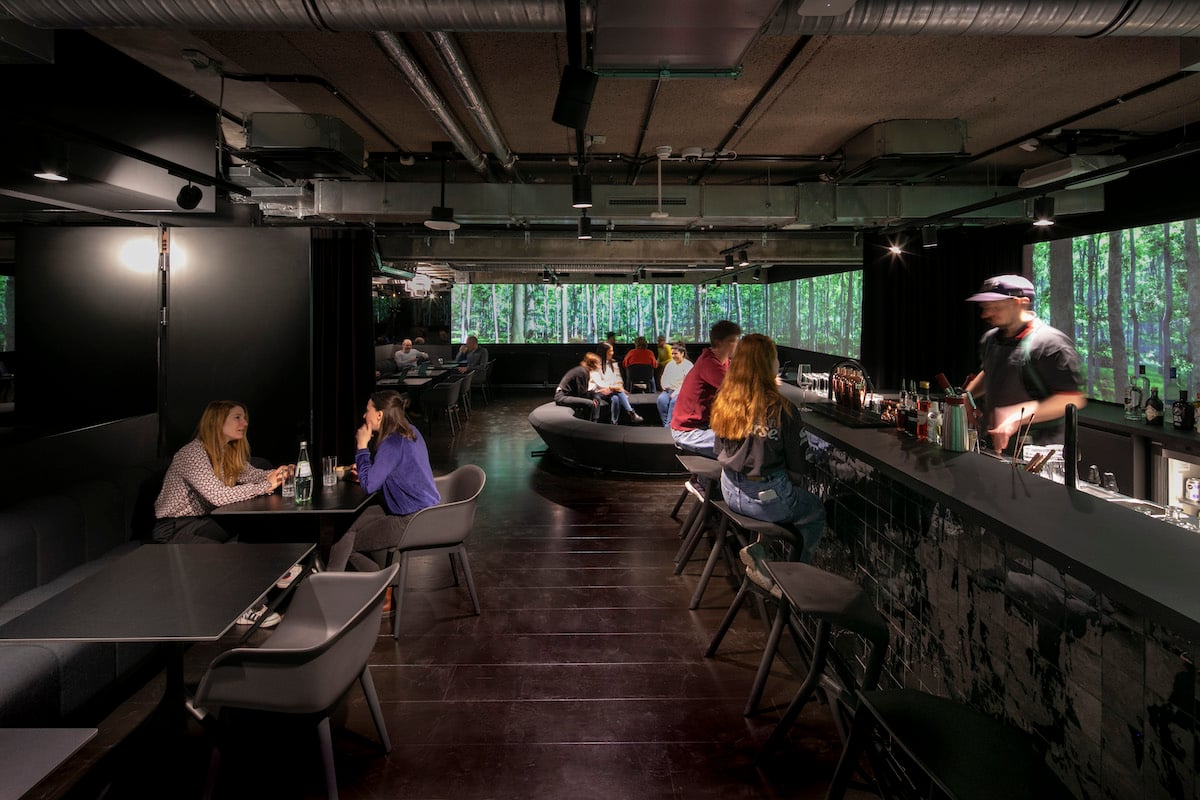 “This project gave us an exciting opportunity to think critically about how workspaces can be reimagined after 2020,” says Moerel. “Now people can work from home – and for a company like Shopify, whose work is primarily remote-first, that’s even easier. In turn, what was once an office becomes a space for employees to collaborate with intention, brought to life by design touches that reinforce the unique spirit of the city they’re in.”

The Original Scrub Daddy – A Review

The Original Scrub Daddy – A Review

Five ways to save money on DIY jobs | Home improvements